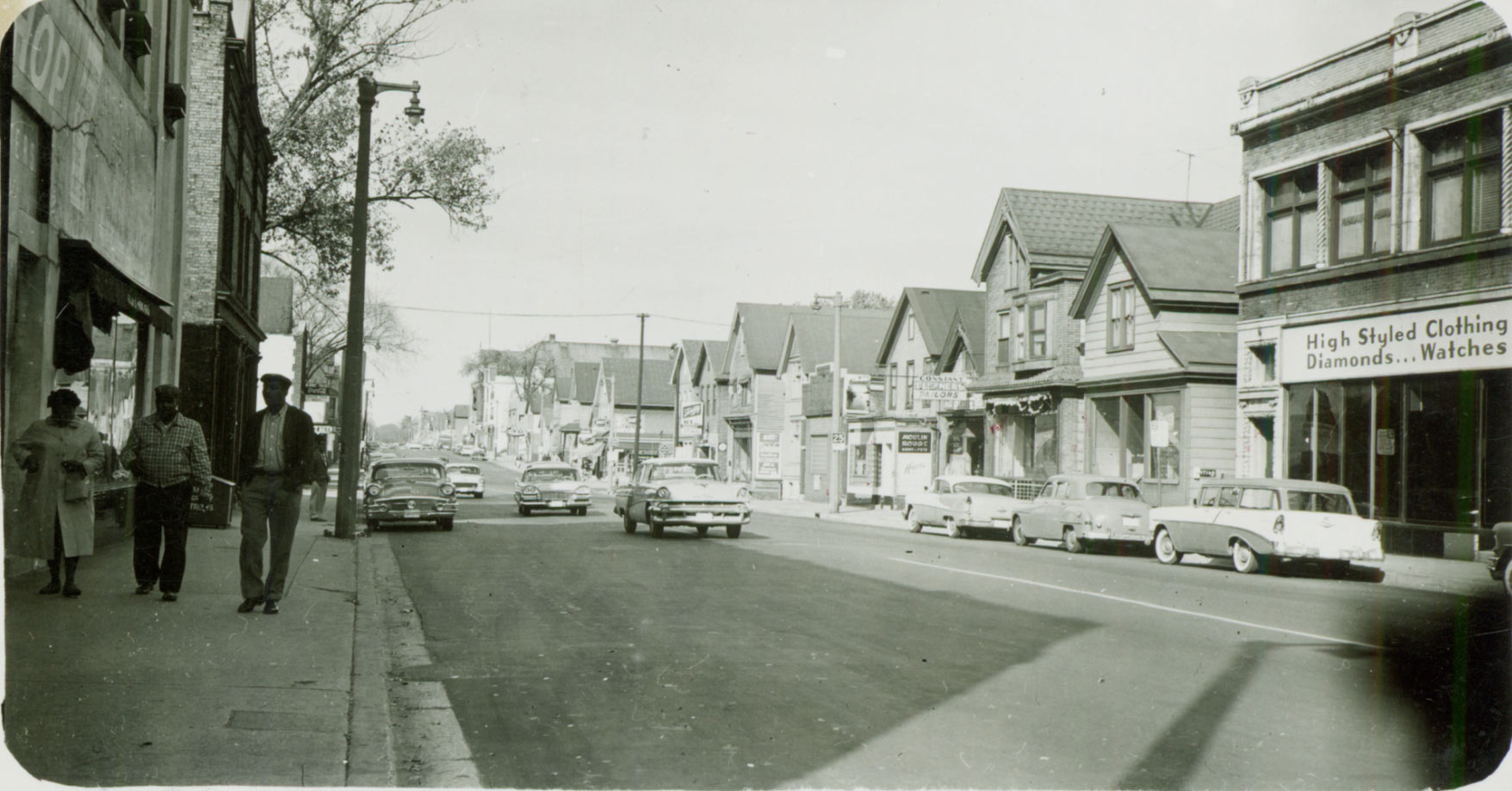 A Dream Fulfilled: The New Bronzeville

In the early 1900s during the Great Northern Migration, African Americans were in search of greater economic opportunity and quality of life in northern towns such as Milwaukee. Due to racial segregation, African Americans were still bound to specific neighborhoods that were referred to as Bronzeville. In Wisconsin, African Americans found refuge in Milwaukee’s 6th District. For years, Milwaukee’s Bronzeville was a flourishing social and economic hub where all ethnicities were welcome to celebrate African American culture—highlighting Jazz, Blues, and the arts. Fantastic restaurants, taverns, shopping, entertainment referred to as “Black and Tan” clubs, and nightlife on Walnut Street attracted residents from all over Milwaukee and surrounding areas. As a result, the neighborhood became an important destination for recreation and social life.

Unfortunately, this once booming destination was devastated in the late 1960s by the construction of Interstate 43, which cut into the heart of the Bronzeville community. Demolishing more than 8,000 homes, and eliminating businesses, clubs, and organizations that contributed to the area’s sense of community, many residents were displaced. It wasn’t until the mid-2000s when a sense of urgency rose to restore the neighborhood, and through the creation of The Bronzeville Cultural and Entertainment District – Redevelopment Plan, investment groups began exploring development opportunities throughout the area. Spearheading the efforts to revitalize Bronzeville, with financial support from WHEDA, were Alderwoman Milele Coggs and Melissa Allen, founder and owner of Maures Development Group.

With partnership from J. Jeffers & Co, Maures Development Group elevated the Bronzeville District with a two-phase development project. The project began in 2017 with the $17.8 million redevelopment of the former Garfield Avenue School site. The project not only created 30 affordable housing units but evoked a feeling of nostalgia with memories from the Historic 4th Street School.

The second phase of the project included the development of The Griot Apartments. This development constructed 40 mixed-use housing units and is attached to America’s Black Holocaust Museum, an anchor to the Bronzeville community. By providing open spaces for community and cultural events, The Griot pays homage to the community’s cultural heritage, recognizing its former struggles and opportunities. WHEDA supported this two-phase project with $236,275 in Federal Housing Tax Credits to the Garfield School Apartments, $657,531 in Federal Housing Tax Credits to The Griot, as well as $1 million in construction financing, and a $3.9 million permanent loan to the development.

One factor that was critical to the success of the Garfield Campus was Allen’s work to reserve some apartments for veterans and individuals at risk of homelessness. Maures Development Group partnered with community organizations to provide supportive services and resources to residents. As a Black, female property developer instrumental in the Bronzeville project, Allen shattered the glass ceiling and earned a reputation for thinking ‘outside the box’ to address community-focused, affordable housing solutions. WHEDA is proud to have supported Maures Development Group as the Authority’s first for-profit, Black-owned and woman-owned real estate development firm.

WHEDA’s mission to strengthen neighborhoods through both housing and economic development was achieved in this project. The development of the Garfield Campus embodies “community” and provides much-needed hope and a helping hand to residents as it simultaneously preserves the history of an era often forgotten and overlooked. The district is once again becoming a vibrant cultural and entertainment hotspot, particularly amongst tourists, as well as an attractive location for commercial enterprises, businesses, housing redevelopments, and even an annual festival known as Bronzeville Week.

Milwaukee's Bronzeville made The New York Times' 2022 list of 52 Places for a Changed World.