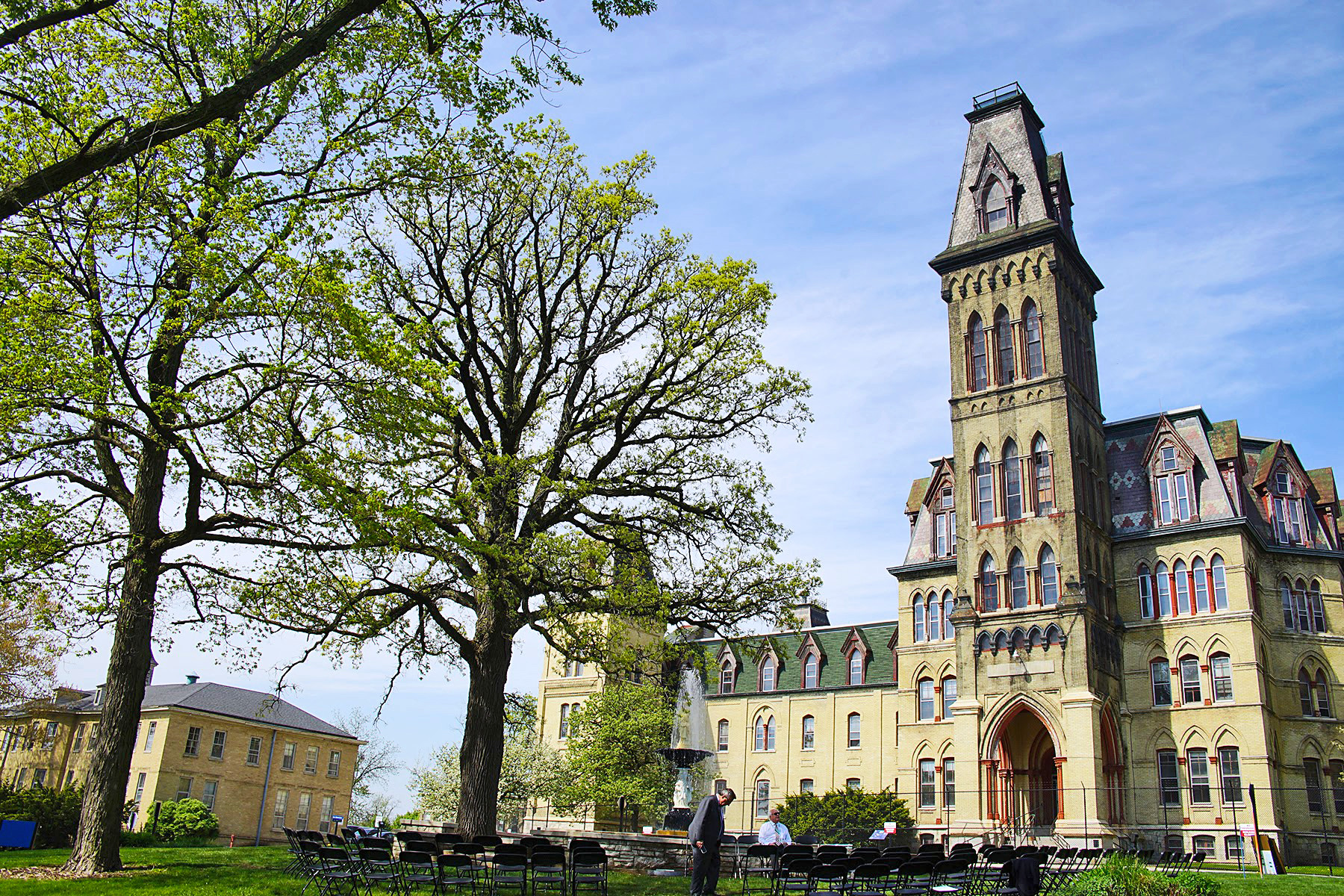 In 1865, President Abraham Lincoln signed legislation to create homes for disabled veterans throughout the United States. Soldiers Home in Milwaukee was one of three original housing developments for U.S. veterans. In 1867, Soldiers Home opened to serve as a refuge and transitional home for Civil War soldiers. The site, which still stands today, was one of the first branches of the National Home for Disabled Volunteer Soldiers. Listed as a National Historic Landmark District property, Soldiers Home holds some of the most historic pieces in the U.S. Department of Veterans Affairs (VA) system.

By 1989, all surviving Civil War soldiers had passed away, and the Soldiers Home of Milwaukee was no longer being occupied. The VA locked the site’s doors, and though it was never actually demolished, one local preservationist referred to it as “demolition by neglect.” After nearly 30 years of sitting vacant and wasting away, the VA planned to get rid of the buildings either by leasing, selling, or demolishing it. When the roof collapsed on the Old Main building in 2010, it brought awareness to the dilapidated site, which spurred Milwaukee Preservation Alliance (MPA) to form a campaign called Save the Soldiers Home. Nearly a decade later in 2019, a groundbreaking ceremony took place at Soldiers Home to kick-off the restoration and rehabilitation of six of the site’s 20+ buildings.

To retain the character and history of the original Soldiers Home, every piece of stone, brick, tile, tin, and wood, along with the historic windows, doors, and other unique features such as the original mailboxes, were repaired and refurbished. In addition, 200 pieces of military-themed art, including some original pieces, curated by the Wisconsin Veterans Museum, were included in the decor to add a more personal and historic touch to the project.

Today, disabled veterans from many different backgrounds have a safe, stable place to live in the newly restored Soldiers Home. Dedicated to serving Wisconsin’s homeless population, Soldiers Home contains 101 supportive housing units for veterans and their families who are homeless or at the risk of becoming homeless. Housing units consist of a mix of apartments, duplexes, and a single-family home. Additionally, 11 of the units at Soldiers Home are designated specifically for women veterans.

The construction of Soldiers Home was completed by JP Cullen in March 2021. In December 2021, the U.S. Department of Housing and Urban Development (HUD) and the Advisory Council on Historic Preservation (ACHP) awarded the Milwaukee Soldiers Home with an ACHP/HUD Secretary’s Award for Excellence in Historic Preservation. This national award recognizes impactive developments for success in historic preservation, while at the same time providing affordable housing and economic opportunities for low- and moderate-income families and individuals.

As of February 2022, the Soldiers Home in Milwaukee is at full capacity. Because of the work done at Soldiers Home, the site was transformed from being labeled as ‘endangered’ to allowing veterans to begin rebuilding their lives, with their families by their side, on a safe and beautiful campus space in the heart of Milwaukee. Supporters united on all fronts to make the project come to fruition and stand as a model for many other housing developments throughout the nation.